Galicica National Park is located in the southwestern part of Macedonia, on the Galicica mountain massif, including parts of its branches East and Petrino, as well as the island of Golem Grad in Lake Prespa.The large open areas towards Lakes Ohrid and Prespa, which limit it from east and west, contribute to its clear visual separation as a separate entity.

Galicica National Park, known for its rich and rare nature and unique beauty, in 1958 was declared a national park in order to preserve the flora and fauna and the natural appearance of Mount Galicica. About 2/3 of the Park is included in the boundaries of the World Natural and Cultural Heritage of the Ohrid region, inscribed on the list of UNESCO World Cultural and Natural Heritage.

Has a few distinctive characteristics

The park is a hotbed of biodiversity in the region and beyond, globally. The park stands out from other areas of similar size due to the exceptional wealth of habitats and species in a relatively small area. On an area of ​​approximately 24000 hectares, there are more than 37 habitat types, 40 plant communities, and over 143 species of fungi. Hundreds of rare and protected species in the park are represented by significant populations. In addition, the park is inhabited by a large number of taxa found only in Macedonia or the Balkans: 46 taxa of higher plants, 89 taxa of invertebrates and 14 taxa of vertebrates.

It is a cultural-historical region

From the large number of cultural and historical monuments on the territory of the Park, the most important are: the monastery “St. Nahum “, the church” St. Bogorodica Zahumska ”, the archeological sites on the island of Golem Grad and many others.
The cultural-historical region contains several layered values. They consist primarily of the geographical-environmental properties of Lake Ohrid and the mountain ranges that are the border of the protected region. Using the lake as a basic source of life, many generations have left behind syntheses of the natural, rural and urban.

As a complex, the park, together with Lakes Ohrid and Prespa, is a relatively limited area with very rich biodiversity, high degree of heterogeneity and endemism and in that sense is considered a very valuable site in Europe.

Why should you take a bike tour of Galicica?

By signing up for our Ohrid Two Day Tour you will get to explore Galicica in a very unique way. Riding through the partly forested rocky wide roads and breathtaking landscapes, we reach the viewpoint of the two magnificent lakes, Ohrid and Prespa Lake. Not only will you enjoy that view, but you also would enjoy it every step of the way because Galicica has so much to offer. Additionally, we will see the impressive highest peak on Galicica Mountain (Magaro) at an altitude of 1600 meters. Then we enter long single tracks in the forest with occasional panoramic views of Ohrid Lake and enter the village Konjsko where we try traditional Macedonian food.

Overall, this tour is something you should definitely try while in Macedonia. It will make you feel good, explore the unknown, taste amazing Macedonian cuisine and have a great time.

Ohrid is located in the southwestern part of North Macedonia on the banks of Lake Ohrid, at an elevation of 695 meters above sea level. 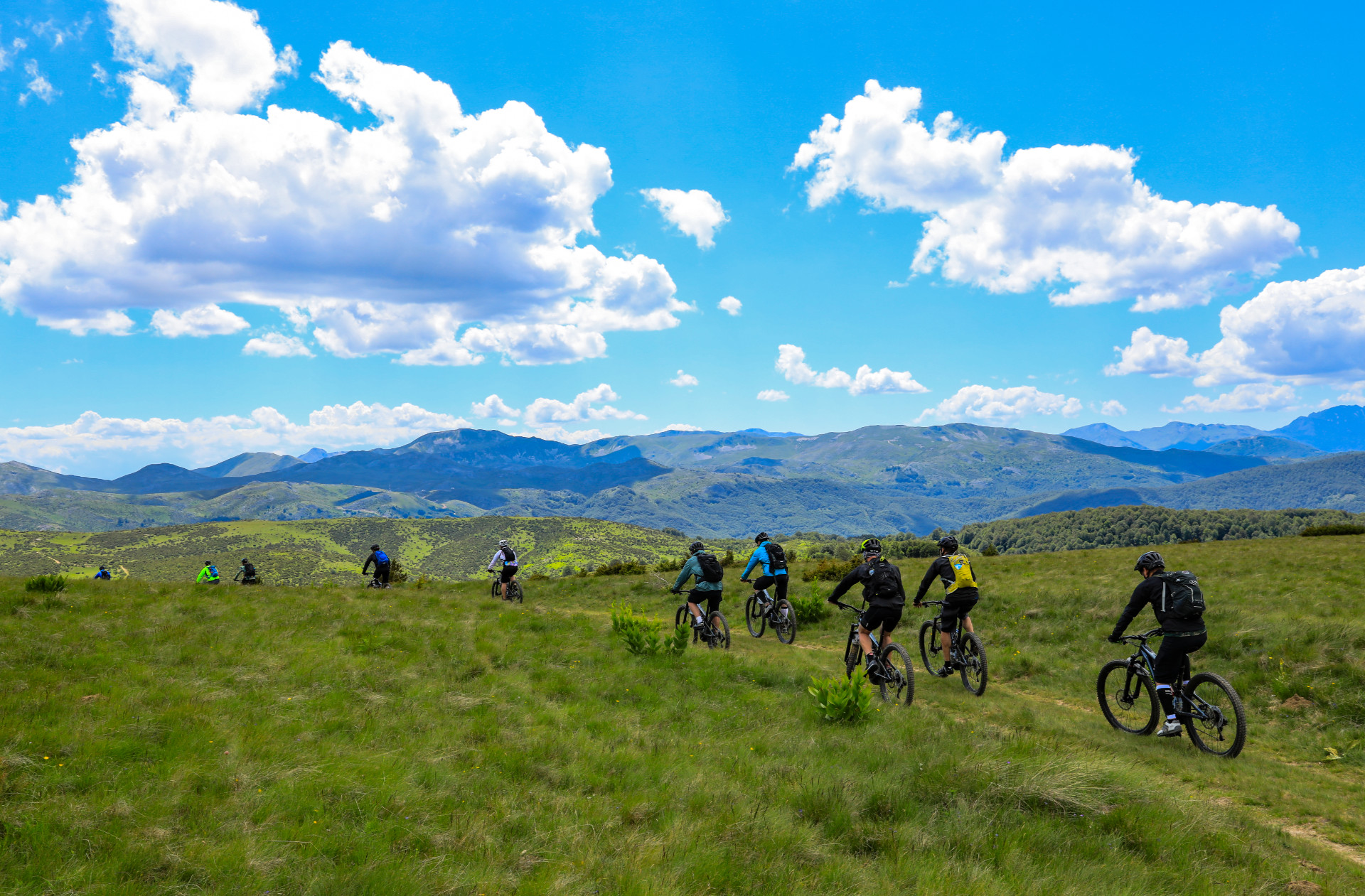 Mavrovo National Park is the largest national park of the Republic of North Macedonia. It is located in the west of the country in the Bistra Mountain. 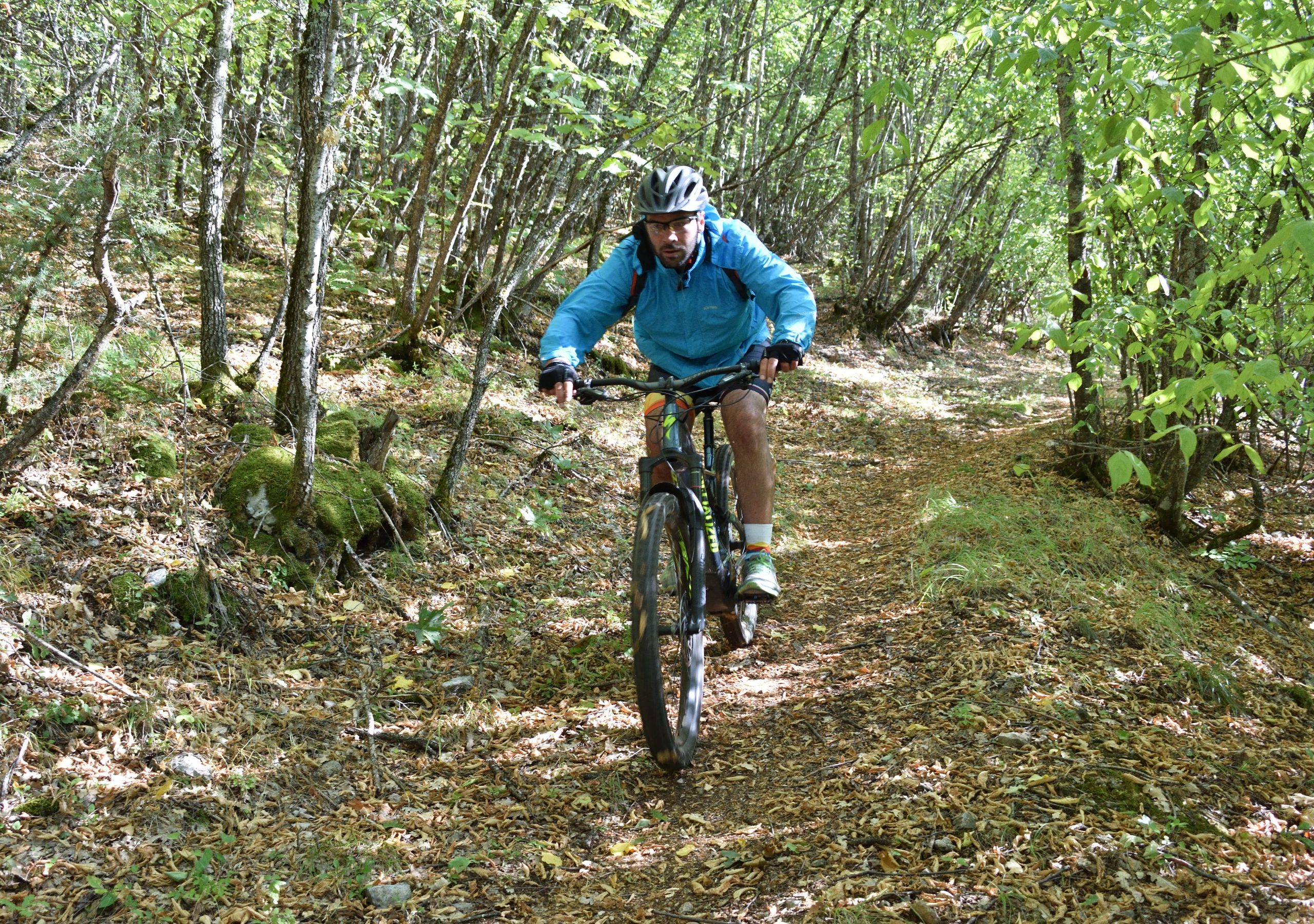 Vodno is a mountain in Macedonia. It is located in the northern part of the country, to the southwest of the capital city Skopje.